Duane Valley, 81, of Millinocket knew what was happening to his body. When he walked, sometimes his muscles tightened up, and it seemed like both feet were trying to move forward at the same time. Other times one hand would swing, and the other wouldn’t. He fell twice. The first time he broke his finger. The second time he took a nose dive into a concrete pile.

Valley, a former janitor at Stearns High School in Millinocket, was diagnosed with Parkinson’s disease about 15 years ago. But the disease moved slowly. Most of the time, he could walk fine. Most of the time, he wasn’t tired. But as the disease progressed, so did his fear that he would make a mistake when he was driving. He worried he wasn’t judging turns correctly. Sometimes he realized he was drifting and had to correct his steering. A couple times he started to doze. 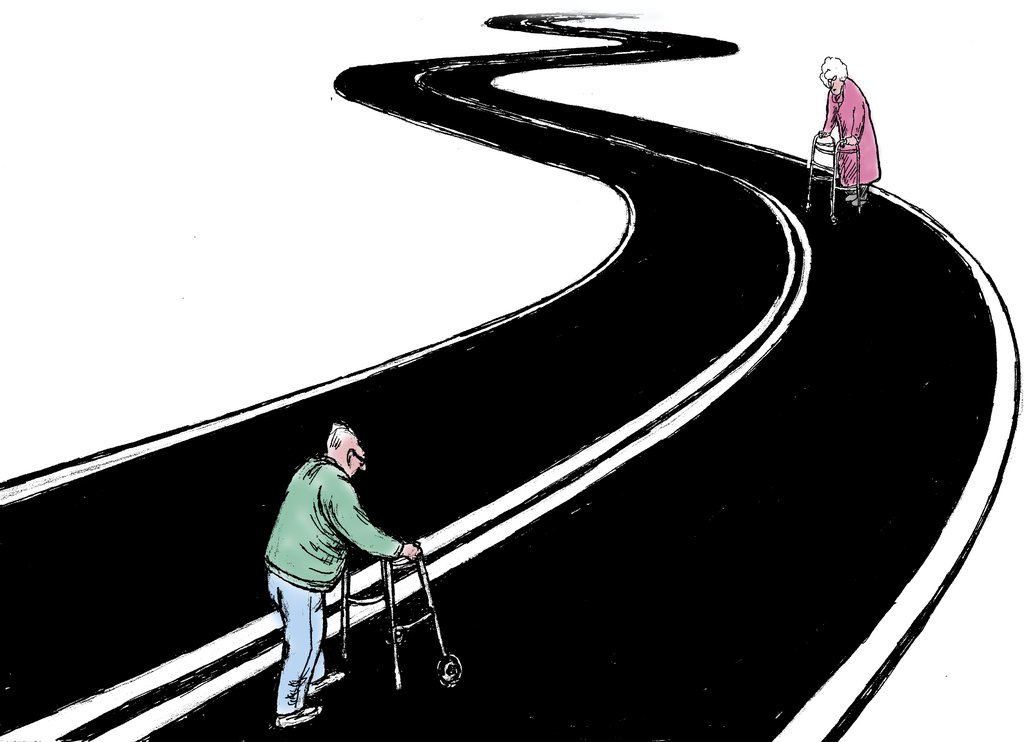 Every year or so he took driving tests that determined he was still OK to drive, but last year he decided for himself: He didn’t think it was safe any more. He talked it over with his wife, Laura Valley, 82, and they decided together it would be best for Duane to stop driving. He voluntarily turned in his driver’s license last year.

Having an attentive and responsive family is key to making sure Maine’s older residents stop driving before it becomes unsafe. Few people agree to give up the independence that comes with driving, especially in a rural state like Maine, and many times family members realize their loved one’s limitations before the driver does. When the driver does agree to give up the keys, family members and friends often become the transportation solution.

“It’s not that easy because I have to do all the driving, and he’s used to just hopping in the car and going over to the hardware store or wherever he wants to go. Now he has to wait until I can take him,” Laura said.

But it’s better to be inconvenienced than know other people could be in danger. “He is very considerate of others, not just himself. He was really worried that he might cause an accident,” she said.

Maine has the ninth highest percentage of drivers 65 and older, at nearly 20 percent. And it has the fourth highest share of traffic fatalities occurring in crashes involving a driver 65 or older.

The only law regarding older drivers is that those age 65 and older must renew their license every four years, and those older than 62 must pass a vision test when they renew. The Bureau of Motor Vehicles can intervene and put restrictions on a license in response to tips from doctors or family, but of course those referrals are voluntary.

There are no legislative proposals this session to change Maine’s driving laws or require additional testing as drivers grow older. Just the idea of doing so has prompted firestorms of criticism in the past. Instead, the state has focused on educating doctors about how to be vigilant to patients’ possible impairment; conducting a review of Maine’s transportation infrastructure and transit systems, including how they’re used by the elderly; and reaching out to families.

“It really comes down to the family conversation. It comes down to me at my age having the discussion with my parents, saying, ‘Mom, Dad, I’m concerned about your ability to still safely drive out there on the highway,’” said Patty Morneault, deputy secretary of state at the Bureau of Motor Vehicles.

There are resources that provide tips for families about how to approach the subject with a loved one. AARP has a free online seminar about how best to talk with older drivers. Available at http://bit.ly/needtotalk, it takes up to an hour and 15 minutes and covers how a perceived loss of independence can affect decision-making about driving. It discusses how to cope with emotions that come out of conversations about the topic and provides different conversation starters and scenarios.

There are also resources to help older drivers update their skills to continue driving or become more aware of their physical function. The AARP Smart Driver Course is designed for drivers over age 50 and serves as a way to brush up on driving techniques, new rules, how different medications affect driving, and how to accommodate changes in vision, hearing and reaction time. People can see if there’s a course nearby at http://bit.ly/whytake.

Mainers can also evaluate their own driving ability by taking an online test provided by AAA: http://bit.ly/driveable. The hope is it will help people make more informed decisions about when to drive.

There’s no doubt giving up a license can be incredibly hard to do. One might feel depressed, isolated, or like a burden on family and friends. In Maine, it’s really hard to get around without a car. If it’s not realistic for a couple to move to a more populated area, where they can catch a bus or shuttle, or walk to the store, it’s even more important for others to recognize the challenges and help. Most often, it starts with family.

Duane and Laura, who have been married 60 years, know the sacrifice is worth it. They wanted to share their experience in case it could help someone else.

Laura’s parting advice? “You have to make your decision together. It’s not just one person. It involves, in fact, the whole family.”

And does Duane have any regrets? Not at all, he said. “I would do it all over again.”

This list, provided by AARP, can help you know what to look for — in yourself and others — when it’s time to limit or stop driving:

Erin Rhoda is editor of Maine Focus, a journalism and community engagement initiative by the Bangor Daily News.

What a Pandemic Teaches Us About Neoliberalism

Notes from a Corner of the Country

Notes from a Corner of the Country

A look back to the early days of coronavirus in Maine

A look back to the early days of coronavirus in Maine

COVID-19 shows that all workers are essential

COVID-19 shows that all workers are essential

The New Realities of Globalization Under COVID-19

The New Realities of Globalization Under COVID-19

This blog has been archived

This blog has been archived and is no longer being updated.